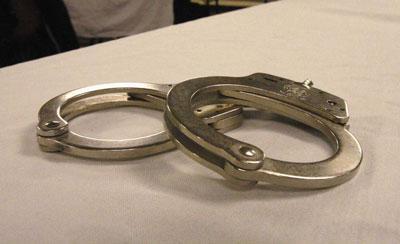 SAN FRANCISCO — Law enforcement in San Francisco on Wednesday arrested 3 suspects in link with a string of Mission District robberies.

On Wednesday at 9:15 p.m., officers responded to the 200 block of Vicksburg Street on a report of a robbery and fulfilled with a sufferer who described two suspects rummaged by means of the victim’s pockets and stole the victim’s property.

The suspects then fled the space in a black SUV.

At 9:40 p.m., officers responded to the place of Church and 26th streets on a report of a robbery.

Responding officers achieved with the victim and acquired two suspects exited a black SUV, pushed the sufferer to the floor and took the victim’s assets.

At 9:55 p.m., officers responded to the 4200 block of 22nd Road on a report of a robbery with a gun and uncovered two suspects exited a black SUV, chased the victim, threatened to use a gun and stole the victim’s property.

At 10:33 p.m. officers noticed a black SUV in the place of Mission and 25th streets that matched the description of the suspect automobile in the previously robberies.

Officers pulled the car or truck over, detained the occupants and ultimately connected the suspects to the a few robberies, police explained.

The suspects had been taken into custody devoid of incident.

Apple patents a Mac housed inside of a keyboard

U.S. Supreme Courtroom states states can be sued for discriminating against veterans
1 hour ago