Brandon Marsh and Tyler Wade snuck up behind Anthony Rendon, Powerade bucket in hands, and were about to douse their Angels teammate during a postgame interview when Rendon noticed them out of the corner of his eye.

Rendon bolted to his right as a few gallons of green liquid hit the dirt in front of the dugout. Marsh tripped over the bucket, fell to the ground and rolled onto his back, laughing all the way. A video of the face plant went viral, with nearly 250,000 views by Saturday.

“If that’s our biggest stumble of the week,” Marsh said, “then we’re in good shape.”

It was. The Angels were in even better shape following Marsh Madness, a series of magical moments producing one of the most exciting and entertaining weeks of baseball in years for a franchise trying to snap a seven-year playoff drought.

It began with last Sunday’s three-run, ninth-inning rally for a 5-4, walk-off win over the Washington Nationals and the blooper-reel celebration. On Monday night, Shohei Ohtani hit two homers, including the first grand slam of his career, in an 11-3 win over Tampa Bay.

Rookie left-hander Reid Detmers threw the 12th no-hitter in franchise history Tuesday night, a 12-0 win over the Rays in which Mike Trout hit two homers and the right-handed-hitting Rendon homered from the left side against a soft-throwing outfielder, a feat as comical as it was impressive.

The Angels staged another late comeback in the final game of the homestand Wednesday when Taylor Ward clubbed a pinch-hit, score-tying two-run homer in the eighth inning of an eventual 4-2, 10-inning loss to the Rays.

Chase Silseth added another chapter to the storybook week Friday night when the 21-year-old right-hander, an 11th-round pick in last summer’s draft who was making his major league debut, gave up one hit and struck out four in six shutout innings of a 2-0 win at Oakland.

Another rookie, left-hander Jhonathan Diaz, also yielded just a single hit Saturday in the opener of a doubleheader, and the Angels were one out from completing a three-hitter when Oakland’s Luis Barrera belted a three-run, walk-off homer off closer Raisel Iglesias.

“During the season, it’s kind of Groundhog Day, so you just kind of get into … I don’t want to say monotonous, we’re all happy to be here, but it’s, you know, kind of the same routine every day,” Angels first baseman Jared Walsh said. “But this past week was crazy, and more so for the fans.

“I think this is an exciting time to be an Angels fan. I think we’re playing entertaining baseball. I know all the guys in this clubhouse are pulling on the same rope. Everybody gets along. So if I were an Angels fan, I’d be really excited for what’s going to happen this summer and into the fall.”

It might take a tense, hard-fought playoff series for the Angels to rival the drama they packed into the last week.

They managed only five singles — one a bloop, one a bunt — in the first eight innings against the Nationals last Sunday, and they were trailing 4-2 in the ninth when their bats came alive against hard-throwing reliever Tanner Rainey.

READ MORE:  Elliott: Why Kareem Abdul-Jabbar inquiring LeBron to 'be careful' is a realistic request

Luis Rengifo, recalled from triple-A that morning, drew a one-out walk. Ward singled to right. Trout struck out on a 97-mph fastball. Ohtani drove in two runs with a double off the left-center field wall. Rendon, the former Nationals star, lined a 97-mph fastball to center for an RBI single and a 5-4 win.

The Angels poured out of their dugout to mob Rendon. Starting pitcher Patrick Sandoval, who gave up three runs and seven hits in 5-2/3 innings, couldn’t even jump for joy. The left-hander was in the trainer’s room when the game ended, getting an acupuncture treatment.

“I had a bunch of needles in my arm and couldn’t move,” Sandoval said. “It was awesome. Rengifo gets a walk. Ward gets a hit. Shohei hits a double, then Tony gets the winning hit against his old team. Ridiculous.”

The Angels were just getting warmed up.

The left-handed-hitting Walsh, benched in four of the team’s first five games against left-handed starters, crushed a 427-foot, three-run homer to center off Rays left-hander Jeffrey Springs for a 3-1 lead in the fourth inning Monday.

Trout and Ohtani hit back-to-back homers in the sixth, Trout’s two-run shot sending the three-time American League most valuable player past Tim Salmon for the franchise lead with 161 homers at Angel Stadium.

Ohtani, the reigning AL MVP who struggled at the plate for the first five weeks of the season, then capped a five-run seventh with his first grand slam — in Japan or the U.S.

“This is definitely the most fun I’ve had since I’ve been here,” Ohtani, the two-way star in his fifth season with the Angels, said through an interpreter. “I’m not having the best offensive year right now, but the team is winning, and that’s the most important thing.”

No one, not even Detmers, could have predicted what happened Tuesday. The 10th overall pick in the 2020 draft, Detmers was making his 11th big-league start.

He had never thrown more than six innings in the big leagues or nine innings at any level. He entered Tuesday with a 1-1 record and 5.32 earned-run average in five starts. His stuff — 92-mph fastball, 73-mph curve, 84-mph changeup, 83-mph slider — is hardly overwhelming.

Yet Detmers mixed and located his pitches so effectively, the Rays rarely made hard contact. He had a perfect game through five innings before walking a batter to start the sixth. He sensed something special was brewing when his teammates, per baseball superstition, began ignoring him on the bench.

“Later in the game, I’d probably say around the sixth or seventh, I looked up to the scoreboard and realized what was going on,” Detmers said. “I kept the same routine in between innings just to get my mind off of it. Nobody was really talking to me. I was in my own little world.”

Detmers needed 108 pitches to complete his masterpiece, the Angels storming out of their dugout to mob a teammate for the second time in three days.

READ MORE:  Bobby Wagner clarifies how Aaron Donald, Jalen Ramsey helped persuade him to be a part of Rams

“I mean, 22 years old, in The Show, and throwing a no-hitter? That’s super cool,” Walsh said. “That was one of the coolest games I’ve ever been a part of.”

The Angels backed Detmers with a 12-run, 18-hit barrage that featured two homers by Trout, a three-run shot by catcher Chad Wallach and a two-run job by Rendon that nearly upstaged the no-hitter.

With Brett Phillips, the Rays utility man, lobbing “fastballs” to the plate between 50 and 55 mph, Rendon stepped into the box as a left-handed hitter and crushed a 411-foot homer into the right-center-field seats.

“It was great theater,” manager Joe Maddon said. “I mean, baseball is looking for moments like that.”

Wednesday’s series finale felt like Sunday’s game against the Nationals. The Angels had three singles through seven innings before Jack Mayfield singled in the eighth and Ward, who missed two games because of hamstring tightness, came off the bench to deliver a two-run homer to make it 2-2.

The Angels lost in extra innings, but their mojo was intact.

“Oh yeah,” Trout said when asked if he sensed another dramatic finish after Ward’s homer. “Every game, we feel like we can win. It’s a different feeling, for sure. We’re really confident in each other. That’s the big thing. Everyone believes in each other. We never feel like we’re out of a ballgame.”

Silseth, called up from double-A, joined the party Friday, the former University of Arizona star becoming the first player from the 2021 draft to reach the big leagues.

He opened the game with a 97-mph fastball for a called strike. He was dominant for six innings, mixing his heater with an 86-mph, split-fingered changeup.

Half of the team’s offense was provided by Andrew Velazquez, the 5-foot-9, 170-pound shortstop who lined his second career homer to right in the fifth. Velazquez, the 27-year-old Bronx native, entered Saturday with a .178 average and .530 on-base-plus-slugging percentage, but has provided Gold Glove-caliber defense in place of injured David Fletcher.

He closed Monday night’s game with a spectacular, diving, back-hand catch of a line drive. He made a diving catch of a grounder up the middle and an around-the-back pass to second for a force out in a May 8 game against the Nationals.

“If this guy starts hitting, nobody’s gonna be able to afford him,” Maddon said. “He’s that good at shortstop.”

The clutch hits, the dramatic comebacks, the strong pitching, the long balls of the last week — all mixed with their usual stout defense — can only build the confidence of a team that has spent much of the past month in first place and appears to be gaining momentum.

“Honestly, it’s just showing what we’re capable of,” Marsh said. “And, you know, it’s not gonna be like this all the time. Things are gonna go south, and we’re gonna have to remember this feeling to get back on track. There’s going to be some rough patches. We’ve just got to remember these good times.” 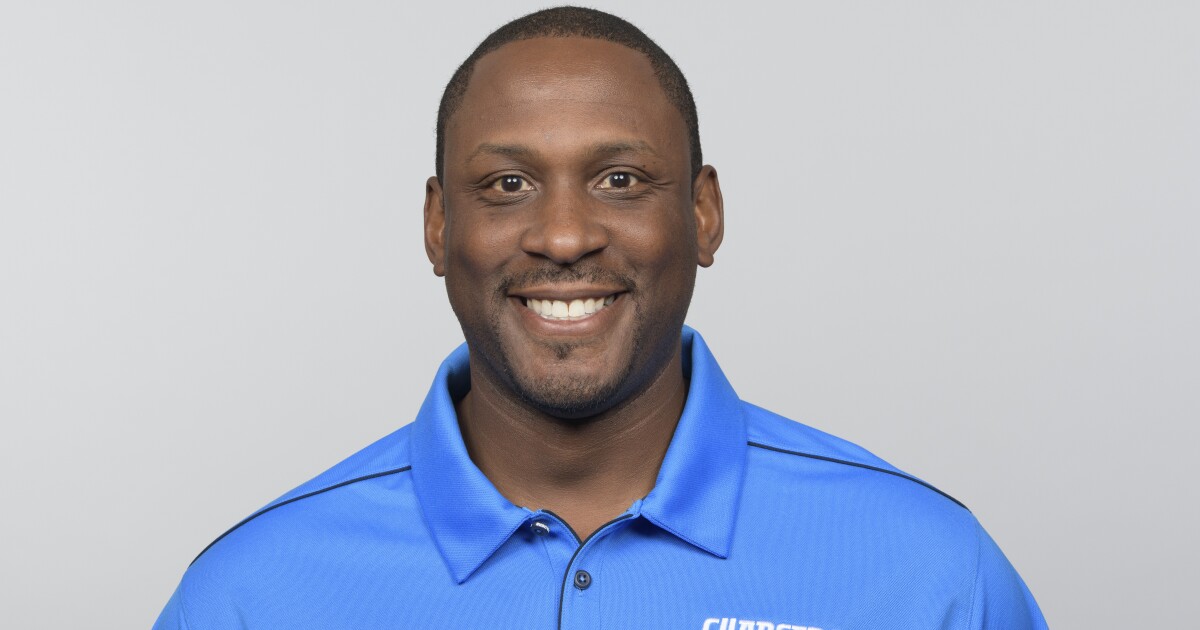 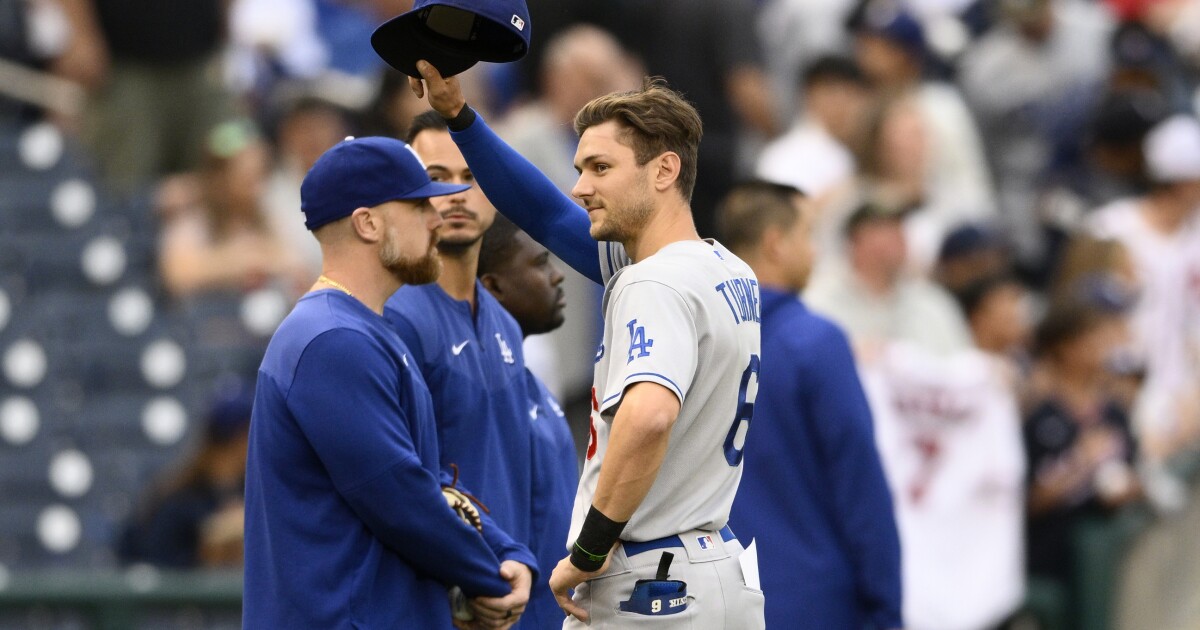 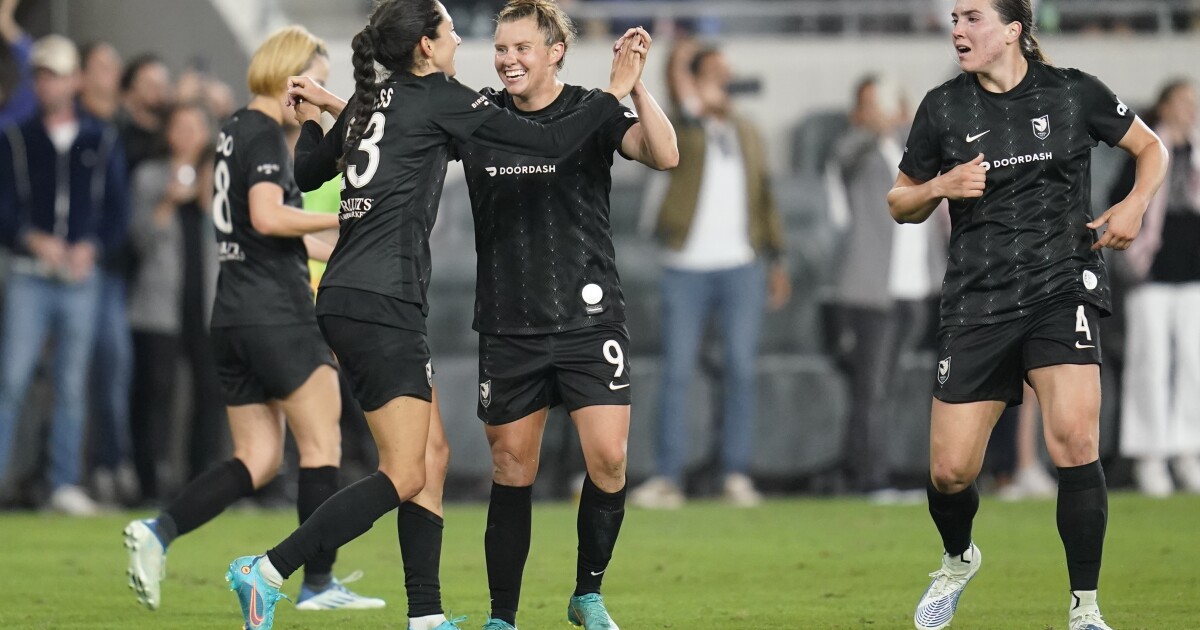 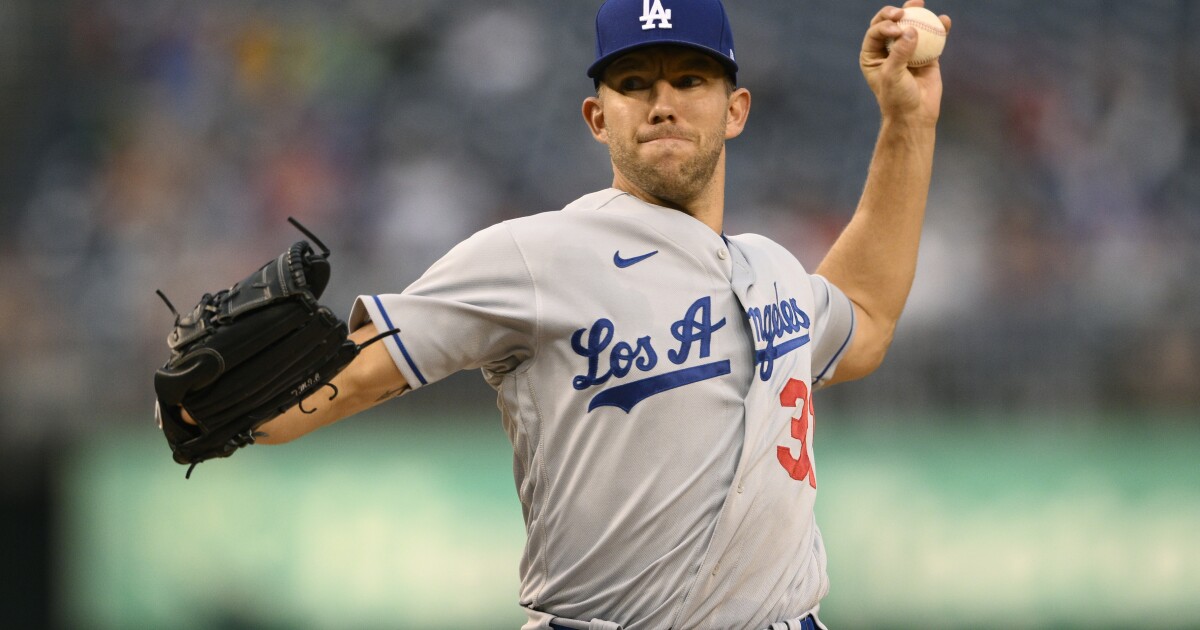 The Coming Legal Battles Above Abortion Drugs
24 mins ago